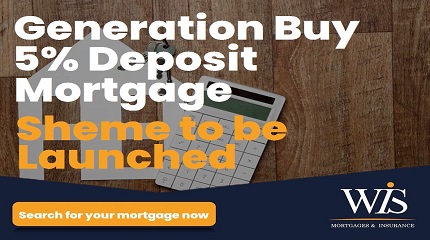 With the pandemic situation, most first-time buyers and home movers had been struggling to secure their homes due to the withdrawal of 10% and 5% deals from the market. Although a handful of non-high street lenders and a few building societies continue to offer these deals it seems all willing applicants cannot access these due to affordability restrictions and high-interest rates.

Most mortgage lenders have restricted their Loan-To-Values to 85%. The justification made is that they expect the property prices to go down in the next year and the lack of human resources to process the applications and carry out the underwriting activities.

find me a mortgage

The government recently decided to provide a stamp duty holiday to all house purchases to boost the housing market. You can read more about this from our article here. However, the most trending topic in the market now is the interview prime minister Johnson had with the Telegraph before the Conservative Party Conference hinting that the government intends to introduce a “Generation Buy” scheme. According to the prime minister, this Scheme intends to assist first-time buyers, especially the younger generation, to get on to the property ladder by allowing a 5% deposit and a long-term fixed-rate mortgage. It is aimed that this will significantly relieve the pressure off first-time buyers to having to collect a large deposit amidst the increase in the house prices.

The scheme is gaining popularity

The Scheme is expected to gain massive popularity as the Help to Buy Scheme scheduled to end in March 2023, and as the Scheme currently operates with regional caps for the property prices. Further, this is likely to open up the mortgage market as the facility is planned to penetrate beyond new builds.

make an appointment to speak with us

However, this policy decision is being criticized as the prime minister has further suggested the stress test be removed and replaced with a “state guarantee” for lenders. This exposes the lenders to a risky situation. Experts have concerns about why the government wants to vouch for mortgages that the mortgage lenders are unwilling to offer or are considered to be beyond their risk appetite. Further, they claim that the mortgage rules will be overly relaxed and lead to another financial crisis by doing so.

On the contrary, some experts believe that this initiative may help curb house prices from being more unaffordable for first-time buyers. For the last few decades, property in the UK had been moving up in value more quickly than wage inflation, causing houses to be out of reach for most people in their twenties and thirties.

As the government has made a public announcement about its plan, it is expected that the parliament will implement this Scheme by keeping in mind the long term repercussions it will have on the housing market and the economy as a whole. However, it is evident that the market will be promising for first-time buyers in the future.