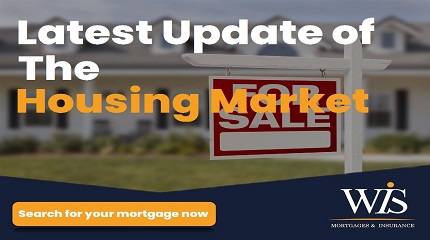 During the first week of August, activities of the housing market have improved significantly. This is almost double the sales compared to last year’s August, indicating an increase in demand. Although there has been significant growth in applications compared to August 2019, the applications figures week on the week through august have shown no significant increase compared to the previous week; this could potentially indicate that the market has reached its peak.

According to RICS surveyors, there has been a record of 87% rise of new inquiries and an 80% rise of new instructions during July compared to June.  The significant increase is since there was a sharp decline in the inquiries in the month of June due to the pandemic.

Sales completions have too increased sharply (This excludes sales subjected to contract). Analysts predict the numbers are high for the rest of the year because many sales transactions are agreed to move towards the completion.

However, presently there is a limitation from mortgage lenders on the applications. Even though many applications are increasing, many lenders have a restricted capacity to process new applications. This has led to an increase in mortgage rates, strict criteria, and strict deposit requirements.

Currently, only a few mortgage lenders are offering 90% Loan to Value. Therefore, many applicants are struggling to find the required deposit they require to purchase a house.

The UK is officially in a recession, along with the two quarters falls in GDP. Generally, house prices fall during a recession. However, house prices currently remain stable even though there was a decline in house prices in May and June. The annual growth rate is presently at 1.3% as per the Office for National Statistics ( as of September 2019).

In the short run, the extension of furlough schemes, increased demand for house prices, and stamp duty holidays have contributed to the market’s further growth. These will not last indefinitely in the long term. Further, analysts expect a rise in the unemployment level, resulting in a decline of economic activity and growth towards the end of the year. This can put downward pressure on house prices in the medium term.

UK property rentals have increased by an average of 1.5% in the year to June, according to Office for National Statistics. According to localized rental data from Zoopla, Derbyshire Dales had the most substantial growth of 7.5%.

Over the next few months, with the end of government support schemes, the labor market’s real impact will become evident.

As a mortgage is secured against your home or property, it could be repossessed if you do not keep up the mortgage payment