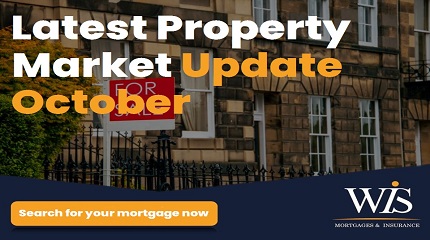 The Pandemic has made people reassess their housing needs and activities which have led to behavioral shifts in people. The house purchases that were delayed with the lockdown and stamp duty holidays accompanied have paved the way towards the pent-up demand in house prices.

According to Zoopla analysis, restrictions on High loan to value has led many first-time buyers to make it impossible to obtain a mortgage to finance their property.

According to Nationwide analysis, younger people were more hesitant to change houses due to the current concerns around job security, future price declines, etc. Meanwhile existing property owners have been the main factor contributing the pent-up in demand in the housing market. More than a third of Nationwide Buyers have been trying to relocate and 30% were looking for more outdoor space.

However, there are concerns that the pent-up demand can be short lived. This is mainly due to the expectation of an increase in unemployment due to the end of the government furlough support scheme and job support scheme as a replacement might not be able to protect all jobs.

Also, due to the rise in coronavirus rates and the new lockdown restrictions can hurt the current pent-up demand. The recent stamp duty holidays are supposed to end in March 2021. The new stamp duty threshold in England and Wales has proved to save buyers up to £15,000 which had currently led to the pent-up demand.

Savills, an estate agency predicts that the house prices will rise 4% this year and in 2021, albeit on assumptions that no second shutdown of the housing market and vaccine becomes available. Also, the EY item club expects housing market activity to improve over the second half of 2021.

According to the Nationwide Building Society, between August and September has increased by 0.9%, which is 5% higher than the same time last year. This rise has led to the average house price to £249,870.

In August, mortgage approvals for house purchases have reached 84,700, which was the highest level since 2007 according to the bank of England statistics.

The properties were worth 7.3% more on average than last year, which is the year on year rise since 2016. According to Russell galley, managing Director at Halifax stated that the housing market has been strong since the upliftment of restrictions in May.

The London Market lagged the demand UK lockdown. However, prices were up by 0.3% in prime central London in August.

Due to the increase for home working and desire for more space has led to shift in demand for buyers by the structural effects. 83% of respondents to RICS survey expects the housing demand to increase during the next 2 years.

Analysts also predict that the Bank of England is unlikely to lift their interest rates from 0.1% during 2021. This can help the housing market to remain stable over the years. Currently, even though the rates are low, due to the increase in the number of mortgage applications, several mortgage lenders have raised the interest rates to discourage mortgages.